The United States Bobsled and Skeleton National Teams
Since 2008 we have participated in the design, build and assembly of custom made sleds for both the Men’s and Women’s US Team’s. In 2012 we built the second 2 Man Bobsled Prototype which led to 6 more sleds the following year for the 2014 Olympic Winter Games.
(Photo Top Right of US Skeleton Athlete competing in a World Cup event)

Machintek is involved with our Local Schools such as Fairfield and Butler Tech. promoting Manufacturing as a viable and excellent choice as a Career Path. 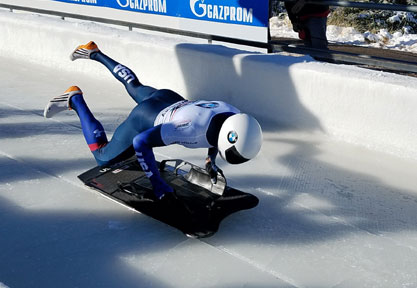